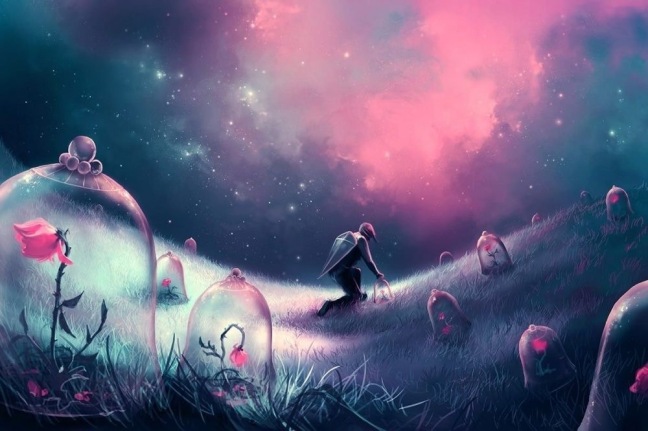 “If I had a flower for every time I thought of you, I could walk through an endless garden, forever.” ~Lord Alfred Tennyson, Poet Laureate of Great Britain and Ireland

We live in a unique era of human history. Though I’d love to delve into the myriad of reasons behind that statement, I will—for the sake of brevity—limit my topic to time travel.

Well, because we live in a time when theoretical physicists believe in the possibility of time travel.

When we think about time as part of our four dimensional understanding of the universe, we realize that time is a parameter that measures change and prevents space from colliding into itself.

Why is this important?

When we consider the possibilities of time travel we realize that the river of time forks, which eliminates paradoxes we once thought made time travel an impossibility, and or a limited experience even as pure conjecture.

For example, the 1994 film, Timecop starring Jean-Claude Van Damme, postulated that when you journey back in time and meet your younger self, you cannot make physical contact with your younger-self because “the same matter cannot occupy the same space at the same time.”

In our modern understanding of the space-time continuum, this paradox no longer exists—I’m not sure if it ever did—but the reason behind our current paradigm is that when you travel back in time, the river of time forks, which allows for your atoms to exist simultaneously on another time line.

But what happens when we go back in time and change things?

I’m not referring to something as trivial as going back to that day you overspent on groceries and told yourself to use a coupon.

I’m referring to those life-changing moments that send ripples across the oceans of time and affecting millions upon millions of tomorrows that not only belong to you.

Take love, for example…the one, or the many you lost throughout the course of your life.

In a Bronx Tale, Vinny tells Calogero aka Little C, “You’re only allowed three great women in your lifetime. They come along like the great fighters, once every ten years. Sometimes you get ‘em all at once. That’s the way it goes.”

What happens when you travel back in time to the one you loved the most, or your first love, and you change the past?

Actually, you’re not changing “the past,” per se, but you’re merely changing your past, because in that timeline to which you have traveled it is its own present day.

So, you return to that moment and prevent the break-up from ever happening. In that instant that new timeline veers off into its own alternate reality. A parallel universe where everything that happens will happen according to the effects of that new reality.

As a consequence of this action, you will have set into motion an infinite number of outcomes that will change the course of innumerable tomorrows.

Case in point, what if in your current reality, the son you had with your current wife—perhaps your third great love—meets the love of his life, but in the alternate reality he no longer exists.

In that alternate reality, you and your lost love—now your wife—have a son, but it’s not the same son you had with your wife in your original reality. Let’s say this son meets your first son’s true love, but according to the fates they were never supposed to originally meet.

Let’s take it a step further and assume that your second son and his wife eventually divorce, because their love was never meant to be. They later go on to meet and fall in love with someone else’s true love, which leads to a domino effect of failed relationships where in that universe no one ever ends up with their soulmate.

What if that’s the universe you are in now?

Or, what if there’s a way to right that wrong without having to continuously go back in time to “change” the past?

Each experience, each moment, each heartbreak is destined to shape our reality. Giving us memories that define the stories of our lives.

Shakespeare once said: “All the world is a stage.”

Though we meet, though we touch, though we kiss, our interactions serve to perpetuate the ebb and flow of time the way planets and stars exist in galaxies across the universe.

Perhaps certain collisions are inevitable, such as when black holes merge and one absorbs the other, but rather than leading to complete and utter destruction it turns into a journey through a wormhole into a parallel universe.

Who created that reality?

Perhaps that is a discussion for another time.

"The tragedy of love is that it never ends."— Felix Alexander

The Romantic on The Romance Reviews

The Affair on WattPad

The Secret of Heaven (Aiden Leonardo, #1)

Shadows of Time: The Amulet of Alamin

Goodreads reviews for The Romantic: A Love Story

Goodreads reviews for The Secret of Heaven

Add The Romantic: A Love Story to your bookshelf

Add The Secret of Heaven to Your Bookshelf

add shadows of time: the amulet of Alamin to your bookshelf

add dear love: diary of a man’s desire to your bookshelf